On the morning of 7 January 2015, at about 11:30 local time, two Islamist terrorists armed with assault rifles and other weapons forced their way into the offices of the French satirical weekly newspaper Charlie Hebdo in Paris. They fired up to 50 shots, initially killing 11 people and injuring 11 others, and shouted “Allahu Akbar” (Arabic for “God is [the] greatest”) during their attack. A French National Police officer was the last to die as he encountered the gunman shortly after they had left the building. The gunmen identified themselves as belonging to Al-Qaeda’s branch in Yemen, which took responsibility for the attack. Several more attacks took place at related shootings that followed in the Île-de-France region after the Charlie Hebdo shooting, where five others had been killed and another eleven wounded, also by terrorists. 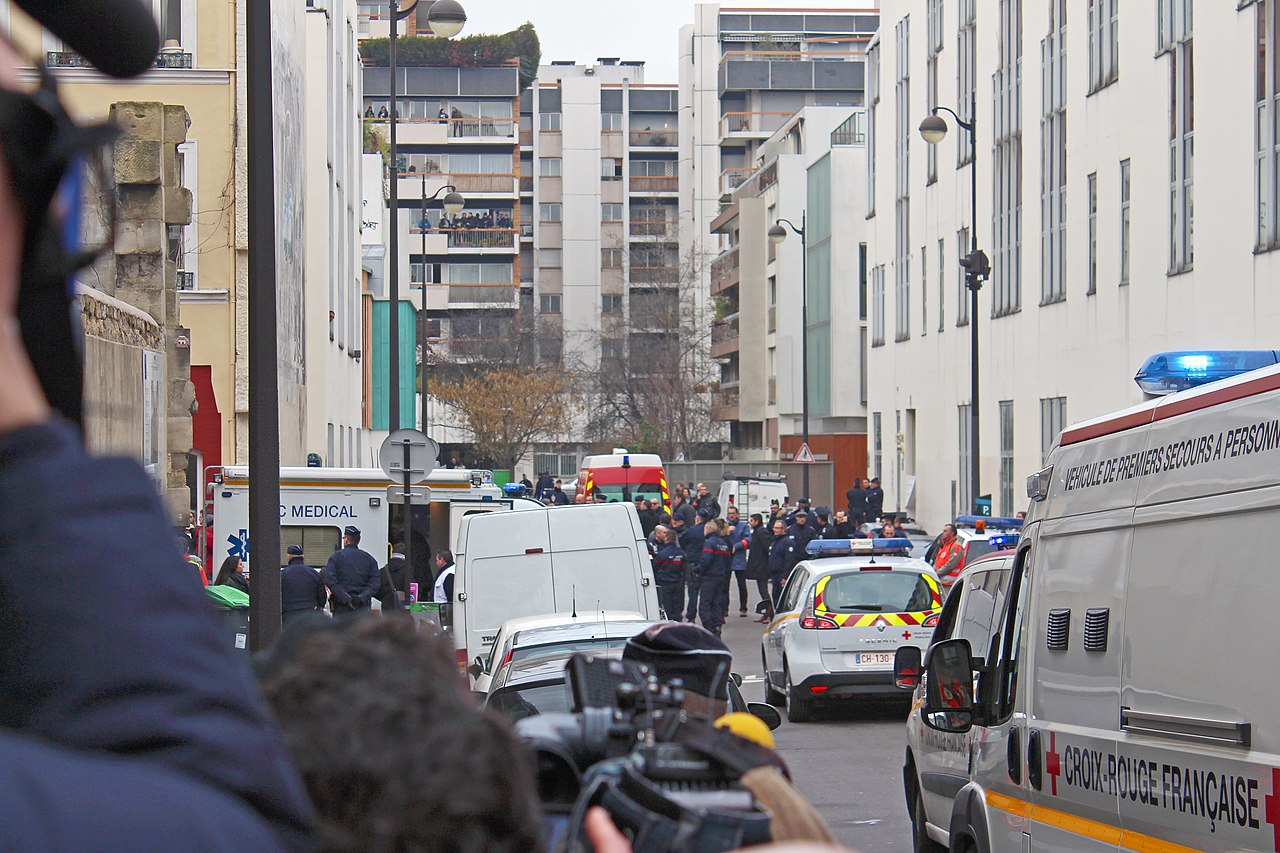