When did this happen? February 1, 2015
Where did this happen? University of Phoenix Stadium in Glendale, Arizona
0
This event has no Memstories
get the conversation started
Where were you ?
Share your Memstory

Super Bowl XLIX was an American football game played to determine the champion of the National Football League (NFL) for the 2014 season. The American Football Conference (AFC) champion New England Patriots defeated the National Football Conference (NFC) champion Seattle Seahawks, 28–24, to earn their fourth Super Bowl title. The game was played on February 1, 2015, at University of Phoenix Stadium in Glendale, Arizona. It was the second time the stadium has hosted a Super Bowl, and the third one held in the Phoenix metropolitan area. 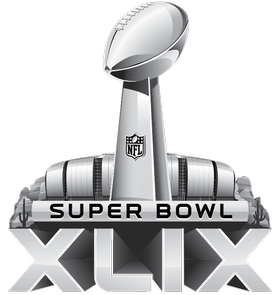