When did this happen? September 11, 2001
Where did this happen? New York City and Washington D.C. metropolitan area, USA
31
This event has 31 Memstories
join the conversation
Where were you when the 9/11 terrorist attacks occurred?
Share your Memstory

The September 11 attacks (also referred to as September 11, September 11th, or 9/11) were a series of four coordinated terrorist attacks launched by the Islamic terrorist group al-Qaeda upon the United States in New York City and the Washington, D.C. metropolitan area on Tuesday, September 11, 2001.

Four passenger airliners were hijacked by 19 al-Qaeda terrorists so they could be flown into buildings in suicide attacks. Two of those planes, American Airlines Flight 11 and United Airlines Flight 175, were crashed into the North and South towers, respectively, of the World Trade Center complex in New York City. Within two hours, both towers collapsed with debris and the resulting fires causing partial or complete collapse of all other buildings in the WTC complex, as well as significant damage to ten other large surrounding structures. A third plane, American Airlines Flight 77, was crashed into the Pentagon (the headquarters of the United States Department of Defense), leading to a partial collapse in its western side. The fourth plane, United Airlines Flight 93, was targeted at Washington, D.C., but crashed into a field near Shanksville, Pennsylvania, after its passengers tried to overcome the hijackers. In total, almost 3,000 people died in the attacks, including the 227 civilians and 19 hijackers aboard the four planes. It also was the deadliest incident for firefighters in the history of the United States. 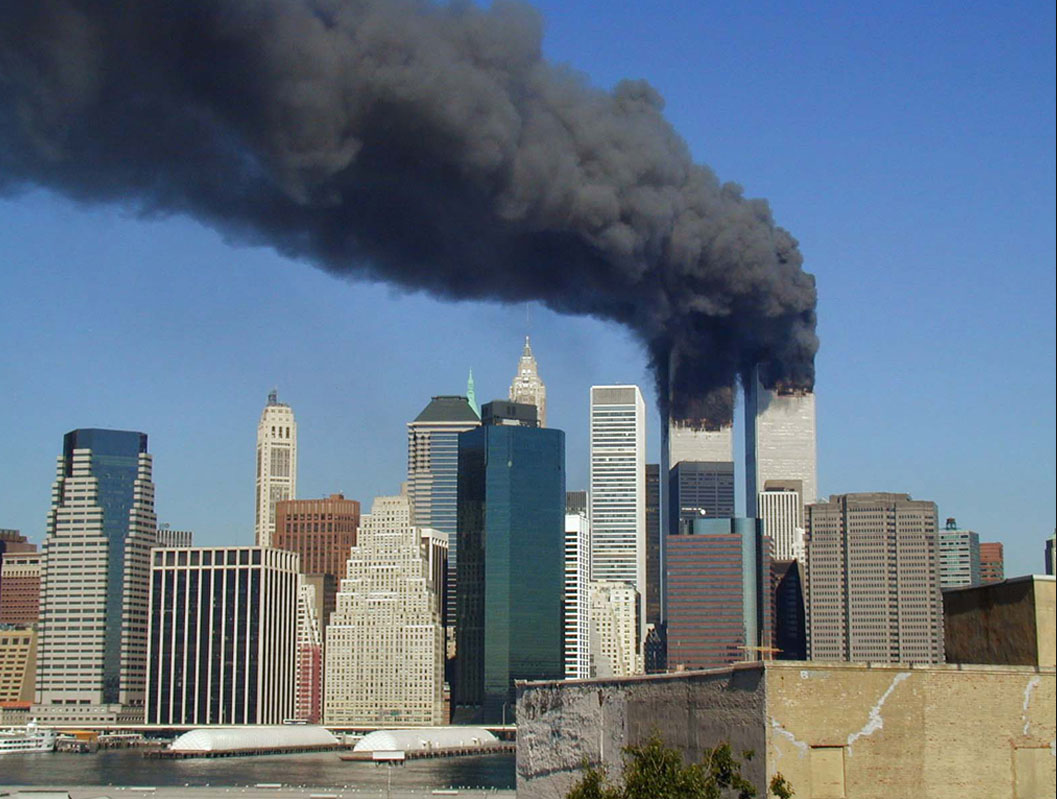